About Us » About Us 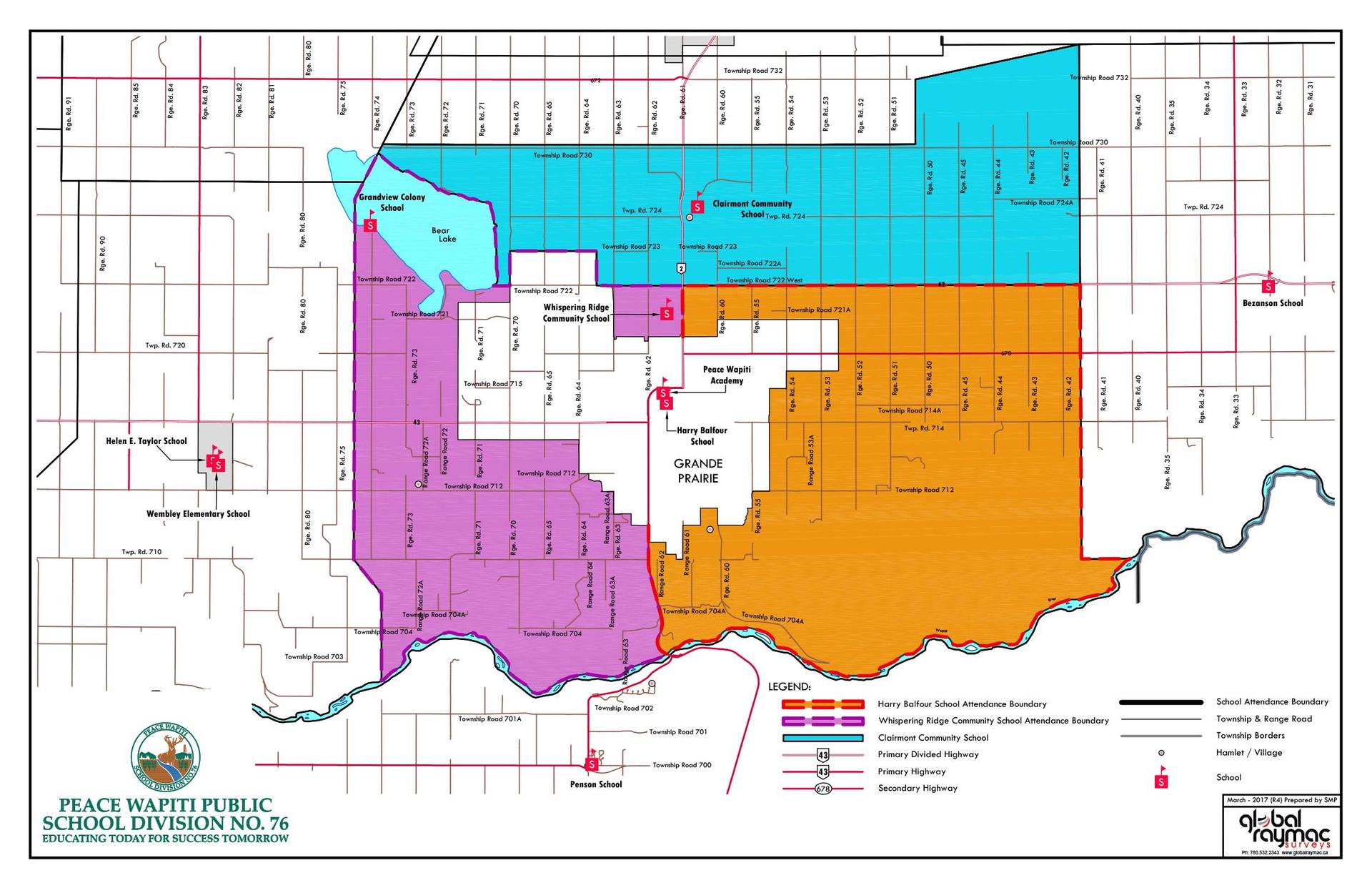 Programs:
Located in the heart of the city of Grande Prairie, Harry Balfour School (HBS) students thrive in an inclusive learning environment in which staff work with parents and district inclusive coaches to support all learners. Staff utilize PWPSD's Collaborative Response Model (CRM) to ensure that appropriate supports are provided to all students. The one-to-one Personal Device Project puts electronic devices in the hands of Grade 5- 8 students. HBS offers a safe and caring environment with a student-centered approach to teaching and learning. Staff are committed to supporting all students, and improving classroom instruction in literacy, numeracy and social-emotional supports – thereby strengthening the school’s Quality Learning Environment.
Students can explore creativity through the school’s band, music, drama programs, and Lego club. A junior high student travel group has encouraged national travel, making annual trips to destinations in Ontario, the Maritimes and Quebec. An active student council promotes student leadership and plays a positive role in enhancing the culture and climate of the school.

Harry Balfour was born in Gore's Landing, Ontario, the only son of a Methodist minister. He attended school in several small towns in southern Ontario. Harry completed Grade 12 at Albert College in Belleville, Ontario at age 16. He came west on a "harvesters special" train and worked that summer at Walsh near Medicine Hat, staying on to teach school. After attending Normal School in Calgary, Mr. Balfour taught at the Highlands School in Edmonton. He gained his M.A. from the University of Alberta while teaching at the Highlands School.

In June 1915, he enlisted in the Canadian Army and served in France as an Infantry Captain with the 49th Battalion (now the Loyal Edmonton Regiment). Mr. Balfour served during World War I. He was wounded twice, quite severely the last time, and taken prisoner. During three years in prison camp, he was allowed to take his B. A. from Cambridge University by correspondence. At the end of the war, he was released to Denmark, where he ran a Red Cross repatriation camp in that neutral country, and met and married his wife, Gerda.

After a six-month stay in Cambridge to satisfy the laboratory requirements, he was granted his B.A., and they returned to Canada. He then taught at Victoria. Mr. Balfour taught high school until about 1928 when he was appointed School Inspector in Grande Prairie. After one year, he was transferred by the Department of Education to Edmonton Normal School. After the school closed, he was re-appointed to Grande Prairie. After spending somewhere between a year to a year-and-a-half in Grande Prairie, he became a High School Inspector in the southern half of the province, with an office in Calgary.

Upon the outbreak of the Second World War, he re-enlisted in the Canadian Army and served as a Staff Officer at military headquarters in Calgary, Ottawa and London, England. He was discharged at the end of the war with the rank of Lt. Colonel, and rejoined the Department of Education. He served again as a High School Inspector, followed by Administrator of Schools until his retirement in 1958.

Mr. Balfour retired to live in Lethbridge where he died in 1965.